Showing posts from June, 2018
Show all

What happened in Dr. Verne's lab?

Meanwhile, at the Ruins of the NYPL, conflict between Dr. Jules Verne and Lt. Blondie comes to a head

June 17, 2018
DERMALIAN by Sylvia Toy with Michael Lewis: The plot thickens at the Dermalian archaeological dig, Ruins of the NYPL. Conflict between Dr. Jules Verne and Lt. Blondie comes to a head: Dr. Verne Blows Up. #Animations#femalefilmmakerfriday#scififri#greenscreen#DERMALIAN#moviepic.twitter.com/uNDSk6UbvO — Sylviatoyindustries (@sylvia_toy) June 17, 2018
DERMALIAN by Sylvia Toy is on Patreon.

DERMALIAN: Outline of Act One 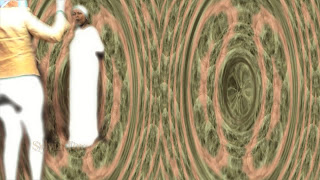 Act One
ON THE SPACE BUBBLE


The story begins when Dr. Jane, during her routine checkup on The Reenactor, is alarmed by the readings on the medical monitor. She follows him from section to section of the Space Bubble, as he wanders in a zombie-like state reciting monologues from Shakespearean tragedies (Macbeth, Hamlet,  Lear). The Reenactor eventually disappears, merging through the Plasma covering an entryway at the of a hall. The doctor studies the readings for a moment, shakes her head and puts her instruments, gloves, mask and head covering into her pockets. She removes her jacket and begins to merge into Dermalian form. She comingles with the Plasma as the scene ends.
In the meantime, Captain Barack is at the helm reporting via IntraSpacial (the Dermalian communication system) to his superior at Dermalia Prime High Command, Sub-Commander Jacqueline Pearce who is Director of the Earth Archaeological Project. As he closes his communication, Dr. Jane enters the cockpit to make her rout…
Post a Comment
Read more 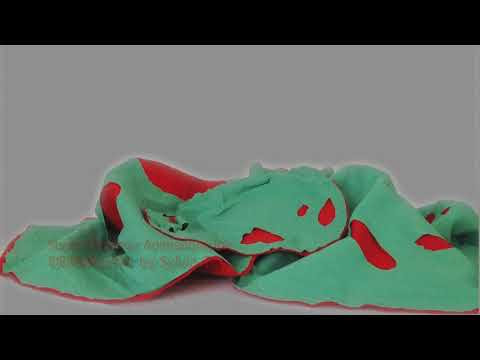 sylviatoyindustries
I am a middle-class, African-American housewife who greenscreens arthouse movies in my livingroom. My awards: Best Fx Design, FICOCC #13; Nominee, Best Editing, Austin Arthouse Film Festival; Grand Jury Award & Gold Award, L.A.N.N.E.F.F.; Hon. Mention/Cinematography & Best Director Nominee, Creative Arts Film Festival. Currently, I am making DERMALIAN, a movie about aliens long after humans who discover the ruins of the New York Public Library and make it an archaeological site for the study of why humans became extinct. Donations to the project can be made through our fiscal sponsor Women Make Movies: http://www.wmm.com/filmmakers/sponsored_projects.aspx?cmd=ae.