Showing posts from July, 2019
Show all

July 31, 2019
View this post on Instagram
These media are research for DERMALIAN by Sylvia Toy, a project that I’ve been developing since 2014, when I wanted to make a movie about an alien species that discovers Earth and tries to understand why humans became extinct. I’ve been worried, no, freaked out about what humans have done to the earth since the early 1990’s; and I have been so upset about the destruction of the Amazon rain forests that in the early 1990’s I would have been willing to carry a gun in the rain forests to protect them. Our planet is in jeopardy and we might not be able to do anything about it because we don’t identify with it – i.e., we lack empathy with our environment. Though Dermalian culture is atheistic, true to the Dermalian love of history and culture, the Dermalians value and revere their origins; and empathy is the foundation of their civilization. DERMALIAN by Sylvia Toy. Co-Producer Michael Lewis. Composer Anne Coroller Germanique. Aliens long after humans, who havin…
Post a Comment
Read more

Next step: Dramaturgy of the DERMALIAN screenplay

July 29, 2019
View this post on Instagram
DRAMATURGY. My co-producer, Michael Lewis, who also is my husband, is the best dramaturge I know; and I have known a few because I was a playwright for almost 20 years. As a theater artist I worked with some brilliant directors who also are excellent dramaturges. But the magicality involved in visualizing theater is just not the same as visualizing cinematically. Mike is gifted with insight about any written dramatic form, including novels and short stories; but he began working in film in 16 and so has just that much more expertise. One of our favorite things to do is analyze story as we’re watching TV or movies. The next step of DERMALIAN by Sylvia Toy is dramaturgy of the second draft, rewriting and then, storyboarding. DERMALIAN by Sylvia Toy. Co-Producer Michael Lewis. Composer Anne Coroller Germanique. LOGLINE: "Aliens long after humans, who having discovered the ruins of the New York Public Library & becoming enamored of humans, establish th…
Post a Comment
Read more

July 24, 2019
View this post on Instagram
So, making my DERMALIAN "trailer" (ha! it's 25 minutes and I had to cut quite a lot to get it to only 25 minutes) taught me a powerful lesson–more than one, actually, but one that's essential: I am good at knowing what I just don't have a knack for; I am good knowing when I need to get more how-to knowledge and practice in order to accomplish a new task; but I am not good at recognizing my physical limitations, not good at knowing in advance that 12 hours of work a day leads to mistakes and a lot of do-overs. It started with writing the first draft of the screenplay–77 pages, probably 80 or 90 minutes–in two weeks so I could apply for a grant. Read all the way through the guidelines, Sylvia: first ten pages. You could have stopped at ten pages. That's when the crying jags several times a week started. My husband started thinking I had Alzheimer's. I was a solo theater artist–one of my plays has 23 characters including a dog and…
Post a Comment
Read more 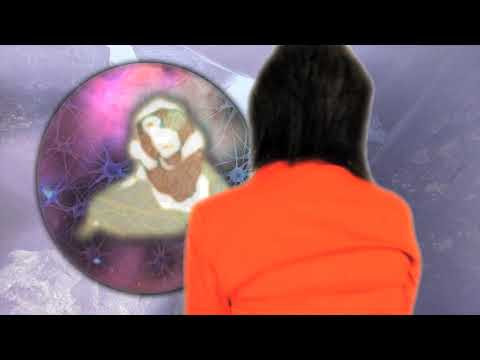 A Dermalian national hero has a stroke that puts him in a coma. Desperate for a way to save his life, his guardian sends him to Earth in a state-of-the-art space ship. The story is told by High Councillor Leela, one of the most powerful persons on the planet Dermalia. Dr. Verne's Little Big Bang is based on a subplot of my feature screenplay, DERMALIAN by Sylvia Toy, but deviates significantly from the screenplay. Dr. Verne's Little Big Bang was created to generate interest in DERMALIAN, for which I am raising funds to meet a $77K budget.DERMALIAN by Sylvia Toy. Co-Producer Michael Lewis. Composer Anne Coroller Germanique. LOGLINE: "Aliens long after humans, who having discovered the ruins of the New York Public Library & becoming enamored of humans, establish the Ruins of the NYPL archaeological site & investigate why humans became extinct."You can make a donation to the project through our fiscal sponsor Women Make Movies: https://www.wmm.com/sponsored-proj…
Post a Comment
Read more 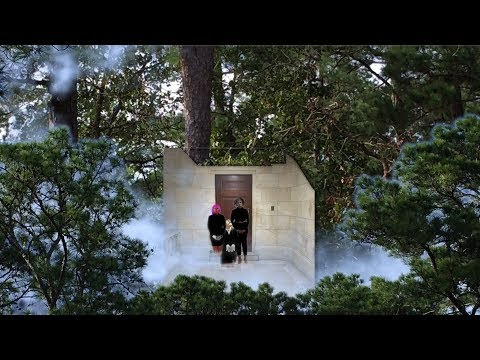 A beautiful scene that was a lot of work that is the biggest casualty of doomed Dermalian darlings in DR. VERNE'S LITTLE BIG BANG

July 06, 2019
View this post on Instagram
I am creating a new scene for the Prologue of DR. VERNE'S LITTLE BIG BANG, a short mostly in post-production that's based on a subplot of my feature screenplay, DERMALIAN. The Prologue shows the inciting incident, in which The Shakespearean ReEnactor, a national hero and the first Dermalian to assume human form, has a stroke while performing Edgar's "Poor Tom" speech from KING LEAR (Act 3, Scene 4). I am still learning the monologue but I came up with a set and lighting design and thought I might as well rehearse as much of it as possible, DERMALIAN by Sylvia Toy. Co-Producer Michael Lewis. Composer Anne Coroller Germanique. Aliens long after humans, who having discovered the ruins of the New York Public Library & becoming enamored of humans, establish the Ruins of the NYPL archaeological site & investigate why humans became extinct. You can make a donation to the project through our fiscal sponsor Women Make Movies: https://ww…
Post a Comment
Read more

Patience, Fortitude and the Ruins of the NYPL

sylviatoyindustries
I am a middle-class, African-American housewife who greenscreens arthouse movies in my livingroom. My awards: Best Fx Design, FICOCC #13; Nominee, Best Editing, Austin Arthouse Film Festival; Grand Jury Award & Gold Award, L.A.N.N.E.F.F.; Hon. Mention/Cinematography & Best Director Nominee, Creative Arts Film Festival. Currently, I am making DERMALIAN, a movie about aliens long after humans who discover the ruins of the New York Public Library and make it an archaeological site for the study of why humans became extinct. Donations to the project can be made through our fiscal sponsor Women Make Movies: http://www.wmm.com/filmmakers/sponsored_projects.aspx?cmd=ae.